Background of the project

The primary threats to the preservation of these species are: 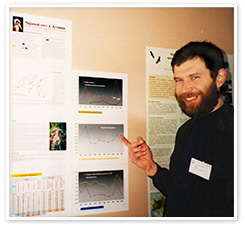 In order to guarantee the success of the project, the Estonian Ornithological Society is working in close cooperation with the following partners:
The main financer is the LIFE-Nature programme of the European Union. The project is co-financed by the Ministry of the Environment of the Republic of Estonia.

The primary objective of the project is to guarantee the survival of the endangered species of the black stork, the lesser spotted eagle and the greater spotted eagle in Estonia. For this purpose, attention is directed at preserving the habitats of these species, following the principles of nature-friendly management and increasing public awareness of the necessity of protecting eagles and the black stork.
Soomaa National Park, which once had flood plains suitable for the spotted eagles as feeding grounds, has been chosen as the pilot area for the project. During the project, it is hoped that the management of flood plains can be restored.
An important part of the project is to deal with landowners’ problems and to inform the public about the need for environmental protection.