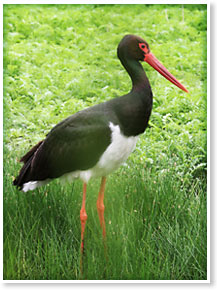 The EAGLELIFE project was prolonged for one year due to unsuitable weather conditions on the flood plains; also, several problems and delays occured in reaching the milestones.
Although project was finished by the 31st of May 2009, some restoration work continued until September (costs were covered in that case by national funding). In general, all goals were achieved and, in most cases, results exceeded expectations (e.g., purchased land area, work with land owners, finding of new nests of target species, repeated sociological studies, etc.). The favourable conservation status of target species was achieved, partly through the implementation of previously-adopted national conservation action plans for the target species..

Results of the project are as follows:

The Estonian Ornithological Society and the project manager acknowledge the partners– especially the Environmental Board and Eagle Club for their perfect partnership within the EAGLELIFE project. Also, we thank the external team and desk officers of EC LIFE Unit for their remarkable help!