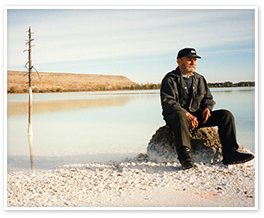 The non-profit Eagle Club was registered in 1999, but the interest and need for dealing with matters related to eagles was already felt much earlier. It is probable that some eagle enthusiasts were active as early as the 19th century, but the first records of eagle monitoring date back to the first half of the 20th century. One of the results of eagle monitoring was a short film produced in 1937 by Eesti Kultuurfilm, entitled The Eagle, probably filmed in the Muraka Bog and edited later in England. At that time, information concerning the nesting of birds was collected and transmitted by forest keepers and head foresters. Eagle nests were checked by the scientist Lepiksaar.
After World War II, Eerik Kumari began actively to deal with eagles.
Since the 1960s, the protection of eagles has been promoted by Aksel Baumer and later also by Anti Õun.
A new level was reached organizationally in 1989, when Einar Tammur, then an employee of the Estonian Forest Institute, initiated the formation of the wildlife protection co-operative “Eagle”. Along with the addition of new members and the development of the Estonian state, the co-operative has evolved during ten years into a club of eagle enthusiasts and came to bear the official name Eagle Club.

If you have observation data regarding a family of eagles or you happen to find unusually large nests of accipitridae, do not hesitate to contact us.